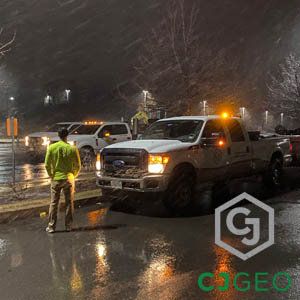 Starting immediately after construction was completed, the slab on grade floor within the cafeteria, loading dock and kitchen at a corporate headquarters building in Pittsburgh, Pennsylvania settled. Over the course of 12 years, the owner had four different grouting companies attempt to address the problem. Lime slurry injection below the slab was disruptive, and settlement always resumed shortly thereafter.

Compaction grouting was performed in one area, but was so disruptive that despite the fact that it was the only method where settlement didn’t resume, the owner kicked the contractor off the site after nearly four months of not having access to their executive dining room.

Settlement progressed over time to be as much as four inches, affecting nearly 20,000 square feet of floor. A general contractor retained by the owner reached out to CJGeo about performing low impact grouting to address the settlement.

Because settlement affected the entire kitchen, food prep, serving and majority of the dining areas, repairs had to be facilitate continuous use of the facility. Additionally, due to 24 hour staffing of the facility, noise had to be limited, and there was zero tolerance of dust.

Video inspection of the extensive gravity sanitary and floor drains below the floor revealed six defects, including a 2″ offset in a sanitary drain line for a 6 stall restroom.

CJGeo performed 17 DCP tests to determine the depth of uncontrolled fill, which was the presumed cause of settlement. DCP testing showed pockets of WOH fill down to 35′ below finish floor, and voids ranging from 2″ to 18″ immediately below the floor.

All work was completed off hours. As soon as the kitchen shut down for the evening, CJGeo crews swung into action, grouting through the night until wrapping up in time for the food prep crews to get ready for breakfast at 0500.

Through careful coordination with multiple operational divisions for the owner, general contractor, flooring restoration contractors, plumbers, and remediation contractors, CJGeo successfully completed the project under budget and on time. 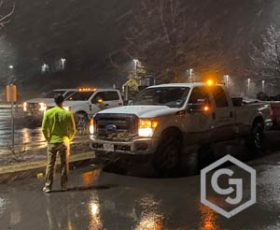 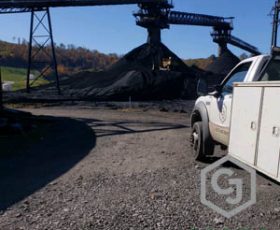 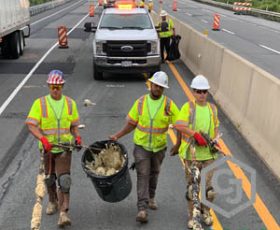 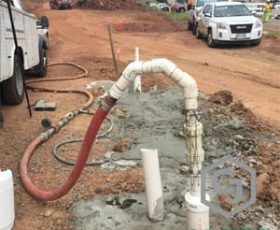 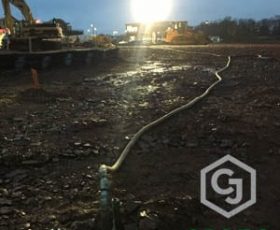 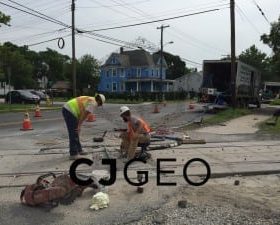 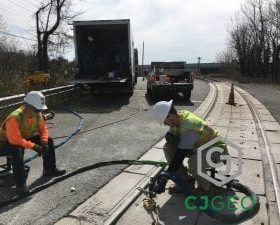 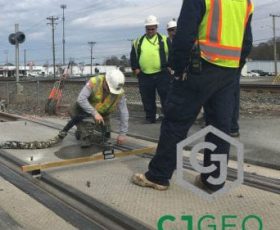 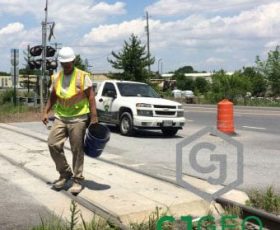 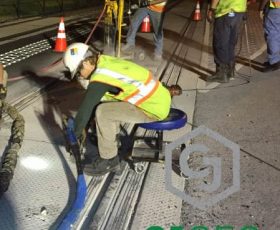 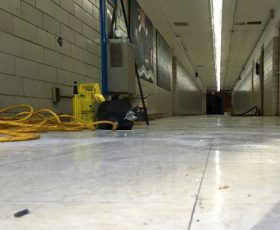 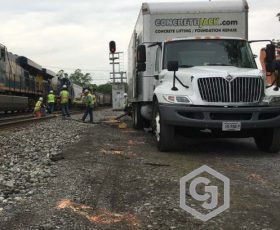 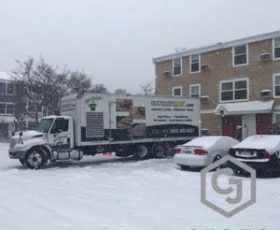 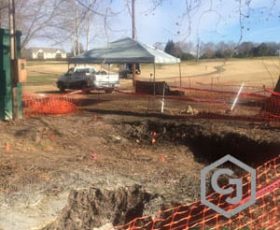 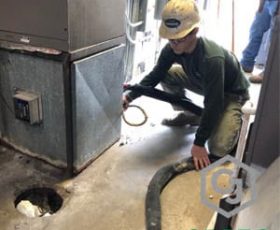